The World´s Best Kristallweißbier is brewed in Weihenstephan!

Cheers could be heard across the whole Weihenstephan Hill: When the results of the World Beer Awards were announced, the employees of the Bavarian State Brewery Weihenstephan were already excited. 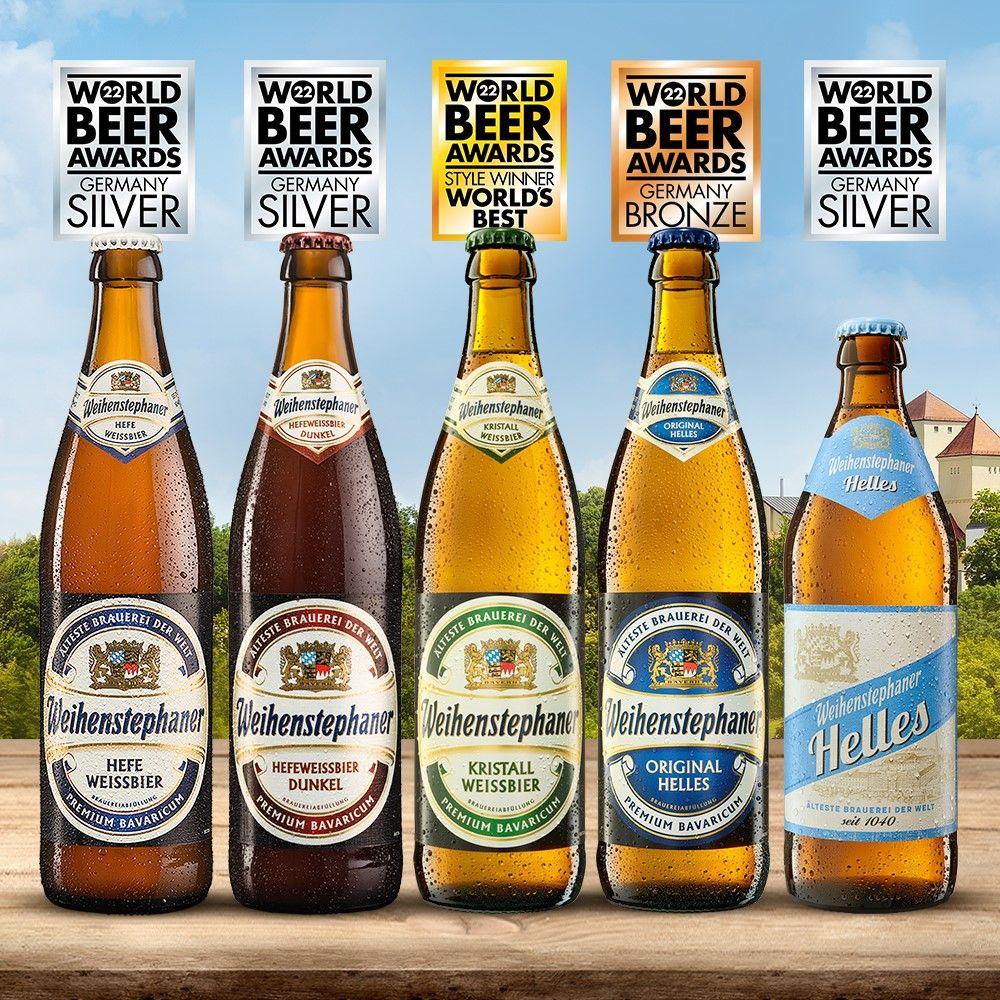 It was all the more fantastic that they could then add one more award to the medals already won at national level: the one for the world´s best Kristallweißbier!But let´s take one thing at a time. First, three beers were awarded silver medals in Germany: the Hefeweißbier, the Hefeweißbier Dunkel and the Weihenstephan Helles. The brewery was also delighted to receive a bronze medal for the Original Helles.

The best Kristall is brewed in Weihenstephan!

But the spotlights were on the Kristallweißbier: Highest honors were bestowed on the beer specialty with the “World’s Best Kristal“ award. This award is just one of many gold and silver medals won over the past years – a huge success! But of course, this didn´t happen just by chance: extremely quaffable, refreshingly effervescent, summerly citrus aromas, perfectly complemented by the fine banana notes of a wheat beer – the Kristallweißbier is wellness for the palate. But it´s not only the Weihenstephan Champion that continues the series of awards – all the other beers honored are also “repeat offenders“.

“This is tremendous confirmation for the outstanding work that our brewers do day after day“, said Technical Director Tobias Zollo on Thursday. “We are extremely proud of these awards.“

Already the second award for the Weihenstephan Helles

Prof. Dr. Josef Schrädler, Director of the Bavarian State Brewery Weihenstephan, added: “Besides the great success of the Kristallweißbier, we are also especially delighted by the medals awarded to our Weihenstephan Helles. We have been on the market for only two years and, in addition to the gold medal at the European Beer Star, can already celebrate our second award.“ The Weihenstephan Helles was launched on the market in the 0.5L Euro bottle in May 2020 and has now continued its triumphal march in the 0.33L Euro bottle since the beginning of summer 2022.

The World Beer Awards belong to the most prestigious beer competitions worldwide. In the year 2022 alone, more than 3,200 beers from roughly 50 countries were entered in the competition and tasted by an international jury of experts.

Weihenstephan defies the odds and keeps investing: "2022 was a record year"

Prof. Ludwig Narziß has passed away: Weihenstephan mourns his passing